Wide angle shots from underneath an overpass of the West Seattle Bridge in Washington state, USA. Due to cracks in the structure, the bridge is closed for the foreseeable future and is therefore unsafe for vehicle traffic. 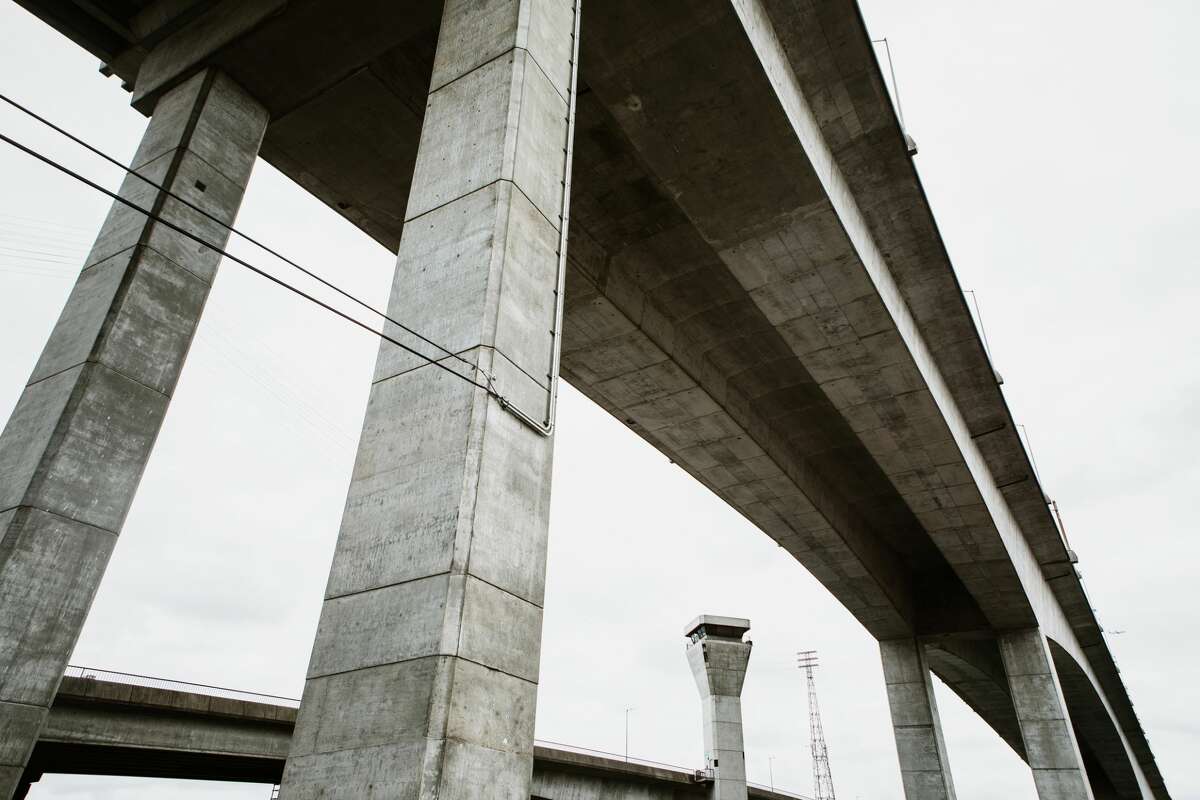 Wide angle shots from underneath an overpass of the West Seattle Bridge in Washington state, USA. Due to cracks in the structure, the bridge is closed for the foreseeable future and is therefore unsafe for vehicle traffic.

The final phase of repairs on the West Seattle Bridge begins this month, and the Seattle Department of Transportation says residents can expect construction crews on the bridge in the coming days.

The work is intended to complement the emergency repairs carried out on the bridge last year after the department discovered rapidly growing cracks along the main span. The bridge has been closed since March 2020.

The department carried out a series of repairs to ensure the bridge did not collapse.

The crews filled the cracks with epoxy, which acts like an adhesive that prevents the cracks from expanding. They then wrapped the cracked areas with carbon fiber reinforced polymer, which holds the bridge together with sheer force, just like a plaster cast holds a broken bone in place during the healing process. They also installed new steel cables inside the bridge that – when tightened – allow the concrete to bend, which keeps the bridge stable when vehicles drive on it.

This work was completed in December last year. Since then, the department has been planning the final phase of the repair, ordering bridge parts and selecting the contractor to carry out the work.

The work is expected to be completed in mid-2022.

After completion, the department expects the bridge to last between 15 and 45 years. However, the city says it will replace the bridge in due course and has already started analyzing viable replacement options.

The city expects costs of $ 94 million.

Review: After 20-month absence, Seattle Symphony music director back to conduct before a pumped-up crowd

One hour between Seattle and Portland? It’s possible

News Editor - September 24, 2021 0
The Pacific Northwest continues to grow rapidly - we've seen the impact on our roads and climate when people go...

Visit Sam Corcoran - June 27, 2021 0
In addition to the “Revive I-5” construction project that begins on Friday, the Seattle Department of Transportation (SDOT) will be working hard to protect...
© All Rights Reserved By Seattlereports.com
MORE STORIES